Her work travels “between” choreography, cinema and visual arts. Since 2004, she has made pieces that explore the relationship with the spectator as the space in which the modes of representation are put into crisis. From “El Caso del Espectador” to her last pieces “Blob”, “Yabba” or “The Stain” this relation has mutated from a place of “understanding” of theatrical and cinematographic conventions, that is, from the expertise, to the intentional loss of references where the artist, the piece and the spectator behave towards each other as strangers.

In the last years her work has focused on opening spaces of potentiality through the encounter with what we ﬁnd strange, alien; insisting on the performativity of the encounter as a space of transformation. In this process of transformation, the other, the stranger, the foreign is lodged in the known, in the usual, in oneself, establishing diﬀuse edges between one and the other, suspending the diﬀerence between subject and object. It is about locating the diﬀerence in oneself, thus ﬂeeing from the aﬃrmation of identity and proposing, through the pieces that she has been making, spaces of fragility and processes of de-identiﬁcation. Out of this research she has produced the performances: The Stain (2019), Yabba (2017-2018),Maria Goes to School (2015-18) and Blob (2016, inside her project What Is Third.

She has made the ﬁlms: The Boogie Woogie Ghost (2018) with Silvia Zayas, Maria Gaat Naar School (2017) with Edurne Rubio and The Movie (2008) with Cristina Blanco, Amaia Urra and Cuqui Jerez.

Between 2010 and 2017 she has co-organized: Living Room Festival (Madrid) with Juan Domínguez, Luis Úrculo and Cuqui Jerez.

She is the author of the book “INVENTORY - a choreography of things” (Ed. Fisuras 2014-2015), the editor of “The Notebook Without Content” (BUDA Kunstencentrum 2016), and she has translated together with Alejandra Pombo the book “Spangberguianismo” by Marten Spangberg (Ed. Desiderata 2018) into Spanish.

Her work is part of the collection of Centro de Arte Dos de Mayo (CA2M, Madrid).

María Jerez is one of the artists supported by apap-Performing Europe - a project ﬁnanced by Creative Europe Programme- European Union 2013-2020. 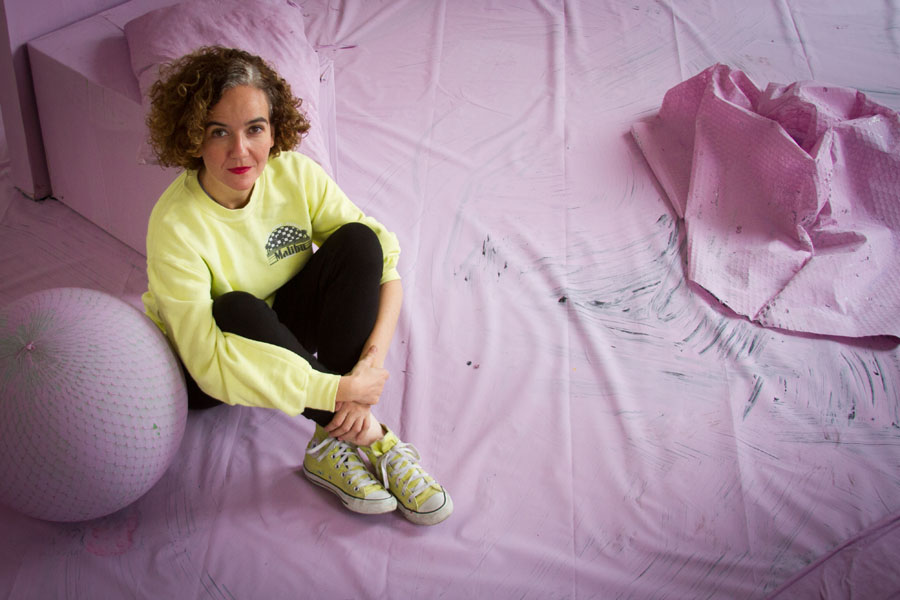